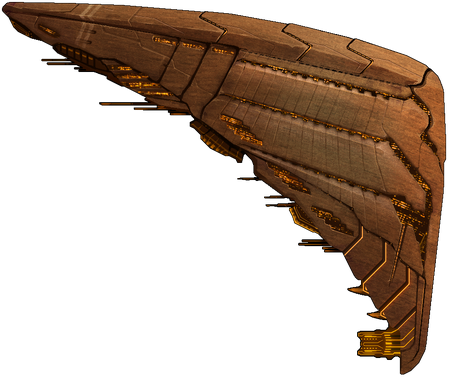 These are the default ships you get in the Qtarian Faction tree. From all of the ships you chose in the beginning this one has the most complicated interior, making it a challenge for beginners. The use of Lifts is more of a necessity than recommendation for the Qtarian classes.

This is unlocked when you research Starship Hull Expansion, these ships have a special bit of extra space that can only be taken up by Resource Rooms. The trade off is that you have one less ship health compared to non extended ships. Once researched, you can simply go to the Shipyard and buy the extension for 1.5K Starbux

. After that, you're able switch back and forth between your ships for free (1 Hour Delay). Note that if you have bought the level 10 extension, the level 11 one will be unlocked for free once you build the normal level 11 ship.

Retrieved from "https://pixelstarships.fandom.com/wiki/Qtarian_Ships?oldid=10947"
Community content is available under CC-BY-SA unless otherwise noted.